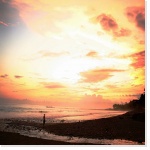 Make all your dreams come true.

What is your stand on this issue?

It is probably one of the most significant objectives people are eager to accomplish.

How to make all your dreams come true?

How to have the Aladin’s lamp?

Firstly, who do you listen to? Roughly speaking people listen to people who teach them how to become successful. Nonetheless do they have what YOU want?

All their books, their seminars, audios, sound good but the problem is, you begin to believe what you listen. But do they have what you want? If that stuff really worked has it worked for them? Do they have what they want? The vast majority, no. Mainly they teach theory, how to get rich.

99.9% of the books, seminars, cds, are produced by people who have made no money. The writers, coaches, speakers, become wealthy and make a profit by teaching how to get rich.

What about the richest men in the world, like Bill Gates, Donald Trump and others, they write books how to succeed. However you have to know they have never written a book, they have not even read their books, they all have ghostwriters. These ghostwriters write their books and they write their story not the truth how to get rich, they unveil just tiny secrets but not the truth.

It’s the reason why they were used to getting married with people from the same social class. It still exists nowadays by the way. We called it “blue bloods” in England.

These secrets are taught in the secret societies like the Brotherwood where President Bush, John Kerry the senator belong to, the Freemasons, the Skull and Bones with many politicians, President Bush and John Kerry belongs to also, the CIA was started by the Skull and Bones. There are a heap of secret societies in the world, the Illuminati is one of them.

The elite class has set up societies where it can work together, shares information and secret knowledge of how the universe works, which they keep for themselves. They teach how to make your desires, dreams, whishes come true, in these societies people can follow their bliss, their motivation.

An incredibly small group of people has accessed to this information, so you have to listen to people who have what you want.

Where can you find this information?

Few books, one of them is « Think and Grow Rich » by Napoleon Hill, in secret societies obviously, and some organisations like GIN (Global Information Network) launched by Kevin Trudeau in which a tiny group of people who used to belong to the most significant secret societies share this secret information and knowledge.

Next post I will be explaining to you how to learn this information, there is a handful of rules which must be implemented.

« Practice makes perfect is it really true?
Make all your dreams come true – Part 2 – What is the teach ability index? »