The law of attraction is it a scam? 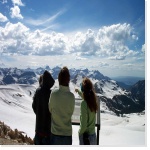 over the last years the law of attraction has been very popular in western countries, countless books have been written in different languages, a throng of seminars has been created and many conferences have been given as well.

They have tried to make things happen in their life no matter it was about money, health, relationship or anything else. They have hoped that things might appear as if by magic.

Firstly it is worth mentioning what the law of attraction is and how it works.

The law of attraction is a law of the universe which works with your thoughts, what you DO want in life and what you DO NOT want, is drawn to you.

Your brain emits frequencies (positive and negative) and when you focus your mind and your desire on what you do or do not want, the universe makes things happen. This mental attitude works consciously as well as inconsciously.

Your brain broadcasts these frequencies, and guess what, you will attract this kind of person, in that case what you do not want.

The law of attraction creates your reality.

To what extent can we say it is a scam?

Actually people who use the law of attraction are not succeeded, why?

Mainly because the great majority thinks about the lack of money, the lack of health, the lack of job… Thus they get what they think about most of the time.

That is to say, what they do not have and what they do not want they get it, the lack of it, the opposite of their wish. It is the reason why people reckon that the law of attraction is a scam.

In reality it is a little bit more complicated, if you are eager to reach any goal by using the law of attraction, you have to apply the right formula.

As a metter of fact whether you believe in the law of attraction or not it always works.

There are some scientific proofs, Albert Einstein said that the universe was made up of energy, everything on planet earth (trees, human beings, cars, houses, montains, any object…) emits a different frequency, called vibration too, everything is energy.

Every atom emits a frequency and passes through anything (water, rocks, wood…) radio waves is on the best example. The human brain according to Albert Einstein and Thomas Edinson is both a transmitter and a receiver of these frequencies. The human brain emits frequencies which are picked up by other human brains.

The law of attraction says whatever frequency you emit that exact same frequency is drawn to you, it is a magnet. The genie is your brain whatever you emit it must come back.

So whatever you desire you have to command with your brain, put all your energy and thoughts on what you really do crave for.

Because they are too obsessed by the HOW, the skills, the action, whereas they should focus their mind only on THOUGHTS, dreams, desire, attitude, the WHY.

That is the secret of the law of attraction, if you apply that you will see better results.

You have the power to have, be and do anything you want in your life.

In a next post I will be explaining to you more deeply how to apply the law of attraction, the exact things you have to implement to make it work easily.

« The recipe of success inspired by Anthony Robbins
Practice makes perfect is it really true? »